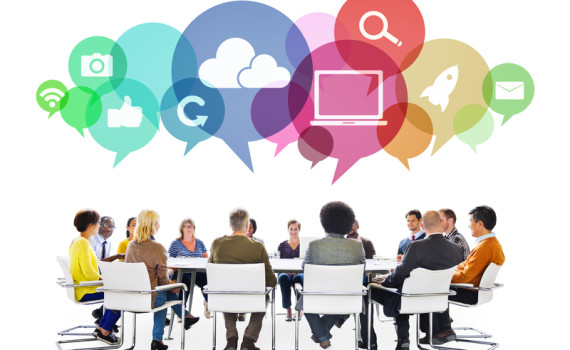 I was recently honored to be asked to share some thoughts on Social Media for an organisation called Governance Matters – an Adelaide based,  recognised world leader in providing a range of consulting services in the governance domain.

There was lots to cover, so we ended up with two BLOGS! Here’s the first for you to enjoy:

Social media – two words that excite so many but fill others with white knuckle trepidation…and as many of the latter seem to find themselves sitting around the boardroom tables of corporate Australia, Kate Costello has asked me to share my social media thoughts with you.

My name is Talia Hagon and social media is my business. It brings me into contact with countless board members and directors and a startling observation is that many don’t have an understanding of or passion for the digital world.

So in a two-part blog, I’ll explain why boards should insist on their organisations having a social media strategy and conclude with what I believe are the mandatory elements of such a strategy.

Some boards may think they don’t need to be across social media or have a social media strategy. They can see it as a risky business being out there in cyberspace and, besides, they’re doing just fine in the traditional ‘old’ world.

My response is that if you want to talk risk, the greatest risk is not having a social media strategy and presence. After all, the online landscape is evolving at a rapid rate and for boards to perform their primary function of steering the organisations they head up, they need to stay in touch with, if not ahead of, the game.

If you want to talk risk, the greatest risk is not having a Social Media Strategy https://t.co/aM6fwqznZI #corpgov #socialmedia

And that means staying connected with an increasingly tech-savvy customer, member and shareholder base.

Of course, the social media strategy should not be out there on its own, operating in isolation; rather it must support the overarching business objectives encapsulated in the strategy and plan and be very much a part of it.

Ultimately, it’s about ‘social care’, the new buzzword for stakeholder service via social media, and it’s a business imperative in our current world, pretty much guaranteed to become stronger and more powerful in the days, months and years ahead…all because that’s the space our customers and potential customers and other stakeholders are playing in.

But don’t just take my word for it, take the findings of the 2011 Neilsen report that found that 73 per cent of customers in Australia prefer to engage with their favourite organisation or brand via social media. Add to that the 14-million Australians on Facebook – and more than 80 per cent of them say they’ve purchased something in store after seeing online content – and that’s a whole lot of people you’re missing out on and potentially alienating if you don’t have a social media strategy and presence.

As for the hoary old argument that says having an online presence gives consumers and others a place to come to and complain, I say that people are talking about your organisation online whether you have a presence or not. And when you have a presence, you can monitor mentions, respond to concerns, utilise word of mouth marketing and even exert influence.

It’s quite simple, really. The game has changed, there has been a seismic shift in the way we do things, and organisations ignore social media at their peril.

There has been a seismic shift in the way we do things & organisations ignore #SocialMedia at their peril https://t.co/eh9h1toRmr #CorpGov